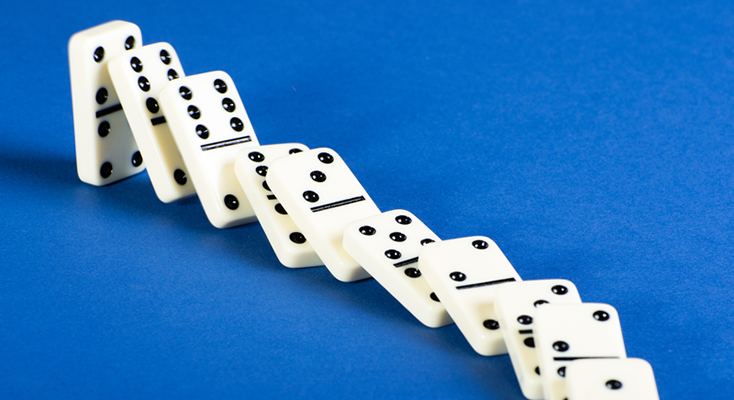 We’ve seen Amazon transform retail through their ability to remove the layers of the standard business model and redefine how consumers shop for, pay for, order and receive products. Now, with slow-to-evolve brick and mortar retailers left in the dust and others still scrambling to compete, Amazon is setting its eyes on an all new market: healthcare.

Alongside Bezos are two other business titans leading the venture — world-famous investor and CEO of Berkshire Hathaway, Warren Buffet  — and Jamie Dimon, Chairman, CEO, and President of JPMorgan Chase. With the coalition including two of the world’s richest people and one of its most powerful financial executives, skepticism is minimal. Most experts and analysts say they can easily see a place for an “Amazon-like company” in the health care market.

“Tackling the enormous challenges of healthcare and harnessing its full benefits are among the greatest issues facing society today,” Jeff Bezos, Amazon’s founder said in a statement. “By bringing together three of the world’s leading organizations into this new and innovative construct, the group hopes to draw on its combined capabilities and resources to take a fresh approach to these critical matters.”

The critical issues they’re looking to address? High costs driven by corporate bureaucracy. Benefits navigation complexity. Prescription ordering and delivery inefficiency. Lack of digital workforce transformation. Limited transparency into quality and costs. And that’s just the tip of the iceberg! The immediate and most pressing goal for Amazon, Berkshire and JPMorgan, however,  is controlling their own significant healthcare expenses. Those growing costs “act as a hungry tapeworm on the American economy,” Buffett said in a statement.

But what specific aspects of healthcare might Amazon be positioned to take on? Below are some of the possibilities experts foresee.

The complex nature of pharmaceutical manufacturing and delivery is widely seen as a contributor to high costs. One layer of the system that remains confounding is a category of companies called pharmacy benefit managers, or PBMs, such as Express Scripts and CVS Health’s Caremark. Those two firms alone control about 50% of the category. As middlemen, PBMs handle drug distribution. Some industry leaders blame PBMs for high drug costs, but with Amazon signaling possible intention to launch an online pharmacy, there is potential to cut them out or at least reduce their cost influence.

Amazon has long considered becoming a vehicle for affordable pharmaceutical prescription sales. Speculation intensified after the St. Louis Post-Dispatch reported that Amazon had received approval for wholesale pharmacy licenses in at least 12 states. The licenses are no where near what’s needed to begin shipping drugs to consumers though. The existing licenses give Amazon the ability to sell medical professional-use-only products, such as sutures, ultrasound gel and syringes for use in medical and dental offices or hospitals. Delivering prescription drugs might seem like simply a transportation issue, but it’s not.

“Neither Amazon nor any other online seller can just put drugs next to toys, books and household staples in its warehouses and ship them all in the same box to homes due to complex, state-based regulations around prescriptions,” said Marcus Ehrhardt, partner of the consulting firm PwC’s pharma and life sciences division.

Should Amazon be able to get the required licensing to launch an online pharmacy, they would be able to introduce price-lowering competition, reducing reliance on mail order services and  leveraging their network of partnerships with world-class carriers to get prescriptions to patient’s homes with unprecedented speed.

“We recognize that there will be a variety of different models that can each play an important role in successfully controlling health care costs,” CVS Health said in a statement. “We welcome the opportunity to work with all market participants towards the goal of better health outcomes at lower costs.”

Amazon is not just a master of fulfillment and shipping, but a master in cloud computing and big data. The company excels at analyzing enormous amounts of data to deliver personalized product recommendations in real-time that motivate customers to take specific actions, an incredibly important capability in driving healthcare wellness programs. These powerful data analysis and personalization capabilities could be used to better track, monitor and drive specific consumer healthcare behaviors, particularly among high-risk and chronically ill populations.

Chronic diseases represent about 90% of U.S. health care spending, according to RAND Corp., but many of those conditions could be mitigated with healthier living. Changing behavior sounds practically impossible — except Amazon has done it in retail. One example of this could be with medication adherence. Some 40% of Americans never get their prescriptions filled, and 40% of those who do never get them refilled. Amazon could possibly detect when a consumer is delinquent in ordering a prescription and trigger a reminder communication. They could also assess purchase data of over-the-counter drugs in relation to doctor visits, and send personalized recommendations for more effective treatments and specialists, with consumer reviews and pricing made readily accessible. They could also make better use of claims data to create dynamic customer profiles that can power personalized care management. The data possibilities, and in turn, connected care solutions, are truly endless with analytics powerhouse Amazon and their world-class Web Services involved.

Many see Amazon’s digital assistant Alexa playing a potential role in healthcare. While health plans currently offer 24/7 nurse hotlines and Teladoc services, Alexa opens the door to all new virtual health support possibilities. Imagine telling the Amazon Echo your ailments and receiving personalized treatment and doctor recommendations that leverage the medical and prescriptions claims data housed in your “Amazon Prime Healthcare Account”…with doctors available for live chat to fulfill drugs orders and answer questions. The missing link for Amazon, of course, is the doctors and prescribers, which represent huge regulatory and logistical hurdles.

Driving Down Costs Through Disruption

Perhaps the biggest key to the coalition leaders’ strategy is their disavowal of profit motives. The new company they plan to establish will not seek to profit off of health care, unlike the industry’s leading for-profit insurers, drug makers and many health care providers. “Bezos and Buffett very much understand playing the long game instead of the drive for quarterly earnings — and that’s essential in trying to solve the problems in health care,” says Verrill Dana, legal professional James Roosevelt, Jr., who up until now served as CEO of Tufts Health Plan and chair of insurance trade association for America’s Health Insurance Plans.

U.S. employers provide health care insurance to about 150 million people, and although Amazon, Berkshire and JPMorgan represent only a sliver of that pie, it’s “a significant enough use-case to see how employers can help to drive down the costs,” said Vaughn Kauffman, U.S. health services and new entrants advisory leader for PricewaterhouseCoopers. The partnership of the three companies emphasizes the dissatisfaction employers have with the costs of health care, he said, and if one employer of nearly a million people makes a move like this, it’s naturally going to cause a domino effect across the industry.

Republicans and Democrats have been struggling for decades to fix our broken healthcare system, but perhaps these three business titans can finally overcome party divisions and unite the country around progressive, technology-based solutions. While we cannot predict exactly how they will apply data and technology to create an enhanced healthcare delivery model, one thing is clear – they will not be just another startup insurance company, but the foundation of an all new insurance model that will stimulate desperately needed industry growth.