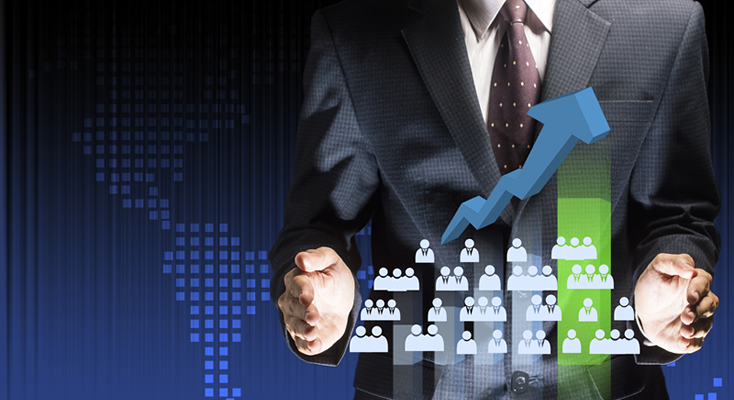 Medicare Advantage is marching towards 70% market penetration, according to global management firm L.E.K. Consulting. The consulting group based their forecast model on a number of factors, including the fact that several urban and rural counties have already achieved a penetration rate of 55%-65%, and most are increasing by at least one percentage point a year. For example, in Miami-Dade, Florida, of the 444,059 who are eligible for MA this year, 290,539 enrolled ( 65.4%) in MA, in comparison to only 55% in 2012 . That is a 2.1% average annual percentage point increase.

Beyond the fact that there is a high population of Boomers aging-in, there are several other key factors expected to drive this long-term growth. One of these factors is the high level of consumer satisfaction with MA plans among beneficiaries. Consumers value the predictability it brings to their medical expenses, the care coordination it offers, and the overall lower total annual healthcare costs it delivers in comparison to Original Medicare and Medicare Supplement plans. Payers also like MA plans because they make more money off them. According to L.E.K.,  Medicare Advantage plans yield higher nominal revenue and operating margin.  For example, the average per-member per-month (PMPM) revenue is $800-$1,200 for an MA plan, with an operating margin of $30-$60. The PPPM revenue of a Medicare Supplement plan is $180-$22,  with an operating margin of $10-$18. MA plans are a win-win scenario for all involved parties.

In addition to an increased desire for care coordination, rising premiums, and higher medical costs, another driver of MA growth is a new provision that was added to the Medicare Access and CHIP Reauthorization Act ((MACRA). This provision will be banning Medicare Supplement insurers from selling plans that cover the Part B deductible, effective for plan year 2020. Two of the most popular Medicare Supplement plans cover the Part B deductible – policies C and F. These plans allow beneficiaries to receive preventive care without having to meet a deductible or pay co-insurance. With Plans C and F no longer available, a spike in MA enrollment and a change in overall age-in health plan purchase behavior is expected.

Key Populations to Comprise the Growth

Much of the increased market penetration will come from Original Medicare, which could decrease more than 20 points, from 40% to 10%-20% penetration, according to L.E.K. This decrease in Original Medicare will be a result of rising healthcare cost, making the out-of-pocket responsibilities of co-insurance overly burdensome for seniors. According to the Kaiser Family Foundation, expenditures for physician and other professional services increased approximately 5.4% per year from 2000 to 2014, while expenditures on prescription drugs and other medical non-durables increased 6.2% per year.

New enrollees could also come from age-ins with chronic conditions that require the level of care management that only MA plans provide. According to the Centers for Disease Control and Prevention, the number of seniors with multiple chronic conditions increased by approximately 8% from 2000 to 2010. The United Health Foundation also found that the age-in population is 7% more likely to be obese and 6% more likely to have diabetes than those who turned 65 in 1999.

With Medicare Advantage enrollment expected to become the predominate product of seniors, payers who wish to take advantage of this trend and grow their market share should look into expanding into new counties, investing in targeted age-in marketing and sales strategies, maximizing the appeal of  their product design, and investing in superior care management services.

To learn how you can claim your stake on this high-opportunity market with new age-in marketing approaches, please call 203-731-3555 or email inquiries@cierant.com. With a decade of experience overseeing the age-in marketing strategies of some of America’s largest MA plan providers, we not only offer years of hands-on experience, but the data modeling, personalized composition, and omnichannel execution services to support.