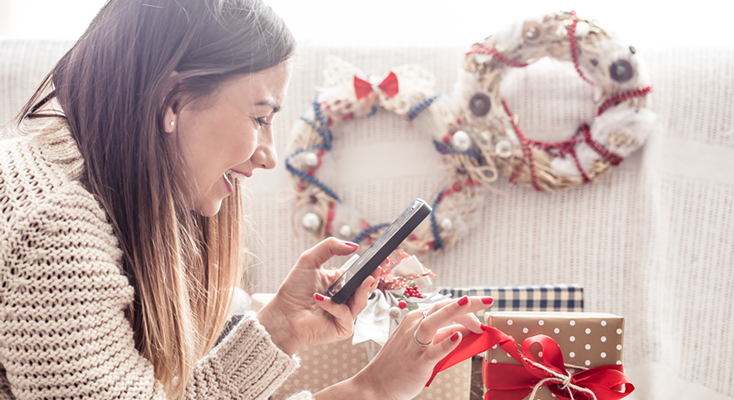 Dominating the Holidays with Ownable Experiences

The 2017 holiday season was one for the books, according to the National Retail Federation. Despite a record number of retail bankruptcies and store closures in 2017, the holiday season saw consumers come out in full force — both in-store and online. Sales numbers were up 11.5% from 2016. This increase is the largest jump we’ve seen since 2010, when sales rose due to the end of the Great Recession.

While the focus this season was similar to any other  – find a way to connect with the customer in a profitable way – sales data shows that this focus shouldn’t begin when November hits, but that the push for the biggest selling season of the year needs to be a year-round effort. Data also shows that retailers and manufacturers shouldn’t try to master every possible channel and touch point to succeed. The masters of the season were those who narrowly focused on one distinctive event they could uniquely own and promote across media. Below are three examples of companies finding their strength by setting tightly focused goals and developing the cross-channel innovations to support.

Campbell’s “Friendsgiving” Program
Millennials are being given credit for coining the term “Friendsgiving” and expanding the popularity of this modern-take to Thanksgiving through social media promotion. According to CNN Money, the term first appeared on UrbanDictionary.com in 2009 and by 2016, more than 75,000 Facebook events were created using the expression. A gathering of friends that typically occurs in late November on a day other than the fourth Thursday, Friendsgiving is increasingly becoming an important part of the holiday season, as it acknowledges the fact that family comes in many forms and that friendship is one of the greatest relationships to be grateful for. Campbell’s recognized the popularity of this trend, and partnered with Target to dominate this niche segment of the season.

Development of the Friendsgiving program began with Campbell’s analyzing Target’s holiday shopping data, and finding that only 10% of holiday shoppers bought their side dish items from Target – a major business challenge. In partnership with The Mars Group, Campbell’s set a goal of increasing side dish sales by one percent, recognizing that if successful, this one percent jump would translate to an additional $11 million in sales. In order to secure buy-in from Target, Campbell’s had to position the program as a long-term strategy to establish the retailer as the go-to resource for Friendsgiving planning. The positioning worked, and Target deployed their media network team to help create a media plan.

Central to the media plan was the creation of a Friendsgiving landing page within Target.com that was broken up into three territories. The first was “lifestyle driving,” using images that depicted friends at casual Friendsgiving gatherings using Campbell’s and complementary brand products to create memorable experiences. The second was the “get the party started” section, featuring appetizers and drinks, and the third was “spotlighted side dishes.” The content-rich landing pages not only worked to drive side dish sales, but allowed for increased visibility of complementary brands that bring Campbell’s recipes together, including Del Monte and Swanson. The page shared relevant recipes, decoration inspiration, and how-to videos for first-time hosts, going beyond pure product pushing by offering content and tools to support the complete Friendsgiving experience. The media plan also included promotion of the Friendsgiving content across social media, which according to Kara Russo, vice president of the retail marketing group at The Mars Agency, “really paid off.”

By creating an incremental occasion Target could own, success was delivered in the form of a 33.4% in-store sales lift and a doubling of Target’s Cartwheel redemption.

BJ’s Top Toys Exclusive
BJ’s employs toy experts each year to predict what the top selling toys each holiday season will be in order to present BJ’s as not only the authority on toys, but the key holder of the hottest toy products kids feign for and parents jump over hoops to find. BJ’s 2017 “Exclusive Top 10 Toys List” was announced in September, with the lineup including new SKUs from Mattel’s Barbie; Hasbro’s Play-Doh; Nerf and Baby Alive; and Disney Pixar’s Cars 3 – all only available through the retailer. The early Fall release allowed BJ’s enough time to offer promotions and to enlist YouTube influencers to film sponsored videos showcasing the products and running giveaways for their subscribers. This was followed by email blasts and social media updates that heralded the toys’ arrival in stores and offered limited time to discounts. As the top toys arrived in store, BJ’s continued to build upon the exclusivity they had already generated around the products. They displayed the items on custom pallets that showed their “Top 10” status loud and clear – enforcing the retailer’s dominance in the toy category while increasing product appeal by setting them apart as if product “celebrities.”

In addition to the in-store displays, BJ’s pushed their digital presence with a newly launched mobile app that allows users to easily browse and purchase items from their mobile device. The app also enables more savings opportunities via the Add-to-Card coupon gallery, which integrates coupons from both the retailer and its brands.

With the promotion of the Top 10 list and a revamped app that makes affording and purchasing the items easier, BJ’s successfully integrated in-store with mobile and showed that owning a distinctive event that creates consumer conversation is an effective way to establish category leadership.

Target’s Reimagined Return Process
Its common knowledge that the holiday season is the biggest selling season, but with this comes the most popular time of the year for returns. According to the RFC, close to 10% of consumer goods sold are returned, with nearly a quarter of these returns occurring during the holidays. The numbers go even higher when discussing e-commerce purchases, as the RFC estimates 15-30% of items purchased online will be returned. Recognizing that the return process can be a drain on the gift recipient and the retailer, Target missioned to design an all new option for gift-giving that doesn’t require unhappy recipients to track down a receipt or enter a store. It’s called the “GiftNow” button.

Featured on the product pages of target.com, the “GiftNow” button allows shoppers to purchase an item as a gift and send an automated notification to the recipient’s email address as an electronic “gift box,” similar to e-greeting cards. Senders can send the e-gift instantly or choose a specific date. But here’s the real kicker…instead of it being a simple notification that tells the recipient the item is en route, the email allows the recipient to accept the chosen gift or opt to select a different item. Not only does this take the awkwardness out of the returned gift process, but it saves Target in the operating expenses that come with the return rush, from additional store associate labor to restocking and shipping fees. Additionally, by Target allowing gift receivers to accept or change the item before the sale is even processed, they reduced the need to re-sell returned items at discounted rates.

Through development of the GiftNow button, Target successfully eliminated the return process from the holiday shopping experience and all the pain points that come with it  – allowing for a seamless gift-giving process that is a win to both the giver and the receiver.

The holiday season may only come once a year, but it is vital for companies to plan for it year-round. It’s not purely about the products and gift-giving though,  it’s about the holistic holiday experience, from the point when thanksgiving recipe research begins, to the last return of the sweater that didn’t fit. Winners of the holiday season didn’t stress to find success at every touchpoint though, but chose to focus on creating distinctively ownable events that would add a new, memorable layer to the holiday path-to-purchase. Although the 2017 season has ended, retailers and brands now have an opportunity to carry the momentum of last year’s fourth quarter into the start of 2018.