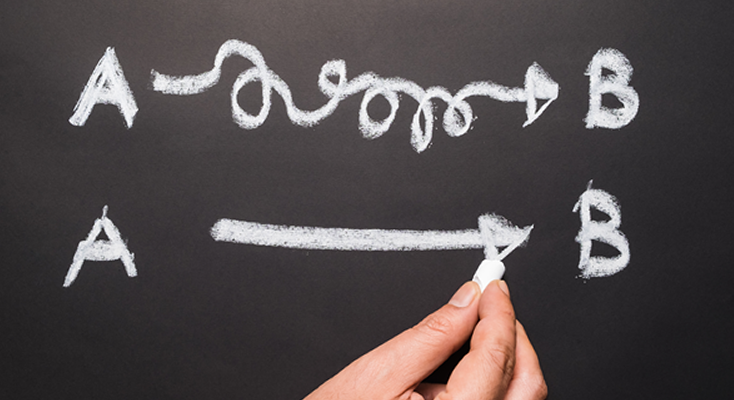 In an interview with HealthPayerIntelligence, Heidi Sirota, Vice President of Marketing and Communications at ConnectiCare, explained how the company is rethinking their member engagement strategy by putting the focus on simplicity.

With customer communications serving as the main vehicle of member engagement, Sirota and her team decided to assess some of the standard member communications that had remained fairly unchanged in content or design for some time. While Sirota discussed a variety of tactics ConnectiCare applied to redesign their member experience for simplicity, there there were five strategies that emerged as most essential to the process:

Mapping the Pain Points
Map the consumer healthcare journey and identify common pain points. Then, work to design and implement processes that encourage transparency, clear communication and patient-centered care delivery at these points of difficulty by engaging multiple departments and perspectives in the discussion.

Humanizing the Language
Look for ways to simplify the language and use more common terminology when possible at key confusion points, such as when explaining what’s covered under preventative care.

“Be as elementary as possible in your communication,” Sirota advised. “It’s not necessarily because people don’t know how to read or that you’re pandering. It’s because it makes it simpler. And everybody can benefit from simple. Don’t say ‘provider’ when you could say ‘doctor.’ Real people don’t say provider; they say doctor.”

It’s not just about making the messaging as succinct and elementary in language as possible for time-pressed consumers though, it’s also about making it more human, which means moving away from a tone that’s transactional-based, to one that’s relatable and friendly to the consumer.

Rethinking Content Packaging
Make materials as user-friendly as possible, which at times, requires taking a second look at the way standard communication items, such as member onboarding kits, are designed and packaged.

ConnectiCare took a closer look at their welcome kits and realized that they were filled with an overwhelming assortment of flyers and content. Individuals naturally have difficulty sorting through it all and putting it into context. As a result, Independence decided that it was time to slim down. They redesigned the kit to include less material and be more of a “quick start guide” that overviews the basics of their coverage, giving them just what they need to get started and saving the feature-specific flyers for separate mailings.

Employing Multiple Channels
Engage in multi-channel outreach to ensure that beneficiaries are receiving the information they need to make the best possible decisions, including email, phone, community relations, and storefronts. The use of multiple channels allows a payer to reach the member when and where they are and deliver the information they need. And, even when an individual prefers a specific channel, having them see the message somewhere else makes them more likely to absorb it and take action.

Making Messaging Singular Focused
Take a step-by-step approach to messaging that’s focused on gradually educating members on very specific items. For example, ConnectiCare did a sequenced email campaign where each email focused on a specific step the member should take to improve understanding of their benefits and the online tools available to them.

By making the content and call-to-action of each communication singular-focused, such as one email concentrated on driving members to pay a bill online and another to read an explanation of benefits, the insurer began to see traction with member responses. The first welcome email they sent following the mailing of new member welcome kits and ID cards encouraged members to pay their monthly premium online. 11% of members paid their premium from the link included in the email, a far higher response rate than prior mixed messaging emails.

Through application of these strategies, payers can begin to transform jargon saturated notifications into communications that engage members in their healthcare in clear and actionable ways. In doing so, members are given the confidence and knowledge they need to get the most from their benefits, resulting in lower claims and greater payer loyalty.