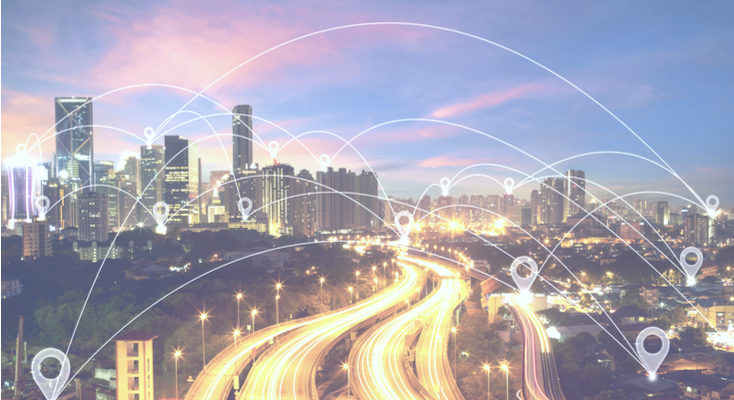 Hyper-personalized shopping experiences are becoming the expected norm for consumers, prompting retailers and manufacturers to consider how they can integrate local factors like community, culture and language into their in-store marketing to create more relevant experiences that make their shoppers feel known and connected.

While many retailers are sitting on troves of big data that can be used to drive localization, they often lack the analytics skills, tools and resource needed to convert the data into actionable insights. Recognizing that their CPG brand partners are well-positioned to help, the two entities are increasingly partnering on localized shopper shopper solutions that deliver value to both sides.

Mars Chocolate and Procter & Gamble are two premier CPGs that are engaging their retail partners in localized shopper marketing programs and demonstrating the effectiveness.

In May 2016, Mars revealed its largest product launch to-date with their introduction of M&M’s Caramel. The launch was not only big in size and flavor though, but in originality. Mars knew that such a bold new addition to their product portfolio called for an innovative go-to-market approach, and so they decided to create custom activations for their retail partners that would engage shoppers in highly relevant ways.

Mars’ customized approach required the creation of retailer-specific tactics, tailored to their customers’ unique objectives, events, and shopper behaviors. Striving to integrate custom content when and where it made the most sense for a retailer, they executed tactics targeted to the popular “Wow! Wednesday!” event for Dollar General, Facebook Live videos for Meijer’s growing social community, and displays in high-traffic areas to drive Walmart’s center store strategy.

From point-of-sale ads to in-store displays and social posts, the range of custom tactics Mars created was diverse, but Mars found a way to reduce the content burden. The company created templated banners retailers could access online and customize with their logos and calls to action. This not only worked to automate content creation, but to empower their retailers to self-deploy M&M Caramel promotions.

The results of Mars’ customization efforts were dramatic. As of late September 2017, the launch surpassed expectations nationally, with 38% of volume in convenience stores and 23% at Walmart, and an 18% increase in foot traffic. “Those numbers are only going to continue to get better and drive sales of our biggest brand in our newest flavor,” said Nicole Radley, Shopper Marketing Manager of Mars Chocolate North America. But Radley goes on to explain that the value of retailer customization wasn’t only seen in sales figures, but in the insights they were able to gain along the way into what their retailers want to achieve and how they can help, working to pave a more collaborative model for future campaign planning.

At the 2017 Path to Purchase Expo, Procter & Gamble’s Carrie-Birth Davis and Blue Chip’s Katey Rybski demonstrated that an effective NFL program isn’t predicated on expensive sponsorships, but on the ability to leverage the culture, conversation and community of team-based loyalties.

Davis and Rybski shared how they created a winning NFL program without acquiring the endorsement of the league by taking a market-by-market approach to shopper engagement. Drilling down into particular demographics by region and store, P&G and Blue Chip developed customized in-store and digital solutions that leveraged local teams and players, rather than the league as a whole. This was not only a more economical solution, but one targeted to fans’ true loyalties and the natural extension of community that local retailers offer.

“People are not fans of the NFL, they’re fans of the local team,” said Katey Rybski, Director of Business leadership at Blue Chip Marketing Worldwide. “What inspires fans? It’s what’s going on in their community, conversations they’re having with their friends about their local teams.”

A leading example of how P&G converted local shopper demographics into a custom solution is the campaign they created specifically targeted to the Los Angeles Rams’ Hispanic fan base. With their shopper insights revealing football to be a key source of family togetherness for this group, they created a campaign that connected the love of the team to the importance of family during the holidays. The campaign offered shoppers who reached a certain basket size an LA Rams ornament that could be hung on the tree for the entire family to enjoy. Results were seen with a sales increase of up to 600% at participating retailers, growing overall sales among Hispanic shoppers in Southern California by 2%.

Another powerful example of P&G playing to local was the campaign they created for the regional chain Key Foods. Located in the New York City tri-state region, where loyalties are split neck-and-neck between the New York Giants and the New York Jets, P&G created a campaign that built on the rivalry. Prior to a head-to-head game between the teams, P&G had star player Eric Decker of the Jets and Prince Amukamara of the Giants participate in a battle of “burns” on Twitter, utilizing the Key Foods hashtag. In appealing to the competitive nature of the fans, the campaign garnered 250 million impressions and 4 million video views for the retailer.

“Treat each game with its own playbook,” Birth-Davis said. “You wouldn’t use the Walmart playbook to win at Albertsons. And you can make your dollars go really far.”

To learn how Cierant’s SHOPT solution can bring customization capability to your shopper marketing, visit www.cierant.com/explore/shopt/.