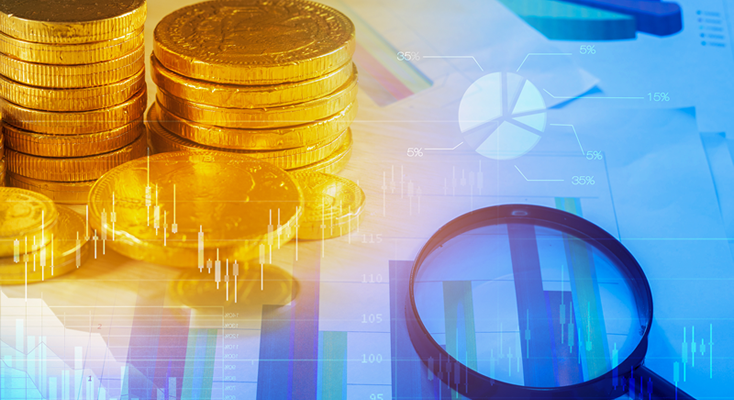 Marketing spending has traditionally represented nearly $225 billion in annual expenditures by CPG manufacturers – 19.5% of total sales. While this figure has remained relatively static for the past 10 years, in early 2018, three prominent Fortune 500 CPGs – Kraft Heinz, Unilever and PepsiCo, announced plans to dramatically increase marketing spend as a means of restoring profit growth. These companies are willing to undergo near-team margin pressure because they believe that investing in marketing innovation and execution is the way to re-invent their brands and business.

As other consumer goods companies look to increase or optimize their marketing budgets, it’s critical that they take the time to assess the variety of marketing channels available to them, and the effectiveness of each channel. Cadent Consulting Group, a sales and marketing consulting firm, conducted a 2017 Marketing Spend Industry Study to help CPG marketers understand how their peers are shifting their marketing spending, and the impact of these shifts on shopper behaviors and retail sales.

The study evaluated spending activity across the five core components of the modern CPG marketing mix: trade, advertising, consumer promotion, shopper marketing and digital. From the survey results, five key findings emerged that every consumer goods marketer should consider as they begin to build their 2019 budget:

Trade promotion, advertising and consumer promotion have all fallen in spending – with traditional advertising taking the greatest hit, now representing half of what it did in 2012. This money is being re-invested in digital and shopper marketing. Shopper marketing has more than doubled its share of spending and digital has almost tripled in size over the past five years. Despite this rapidly growing investment in digital, neither the retailer nor the shopper claim to be feeling the impact. In fact, retailers ranked digital as the least effective channel in terms of generating sales – and shoppers ranked it lowest in ability to drive path to purchase awareness and influence. Marketers need to create clear digital marketing KPIs and invest only in the efforts that are driving measurable business results – doing away with the digital programs that simply give the appearance of being digitally progressive, but fail to convert into in-store or online sales.

While digital spending continues to grow year after year, shopper marketing spend made a huge jump from 2012-2014 (up 7.5%) – then plateaued. Resting at an approximate 13% of total marketing spend, this slowing of spend might be due to the fact that the practice is struggling to measure and prove its ROI. Shopper marketing operations are still driven by offline tools and processes, resulting in high overhead costs, and making it near-impossible to generate the analytics required to optimize performance and measure ROI. Building event-level performance analytics can prove to be of value in altering retailer perceptions and gaining buy-in. With 31% of shoppers citing that shopper marketing works to effectively influence purchase, it is clear that it is the retailers who are in need of convincing, and transparent metrics and shared goals can be a strong method for doing so.

Trade promotion remains the industry’s biggest marketing line item, accounting for 46.2% of spending, according to about 100 manufacturer respondents. In 2016, 91% of retailers reported that feature and display events were most effective in generating sales, surpassing price management tactics. But according to shoppers, while features and displays are great at driving awareness, only 28% are influenced to purchase by them. Price reductions are what shoppers cite as having the greatest purchase influence. In fact, they are proven to drive a 92% awareness to purchase conversion rate. Features and displays increase the impact on the consumers and create a stronger invitation to buy, but consumers still require the savings push; thus, if price reduction is not integrated into a trade promotion, performance will be sub-optimal. Trade marketers seem to recognize that reality, and have increased spending on price reduction promotions by 30.7%.

While in the early years of shopper marketing, a large percentage of budget was allocated to merchandising and fixtures, that chunk of budget investment is being shifted into retailer-specific coupons, offers, and in-store advertising. In-store advertising now comprises 23.9% of the shopper marketing budget and retailer-specific coupons/ads consume 26.7%.  Shopper marketers are investing in more retailer-specific marketing, but perceived effectiveness among retailers is oddly declining, down 18 points from 2014. One retailer included in their survey response “Effectiveness is heavily influenced by the in-store execution. When we are part of the process, from development forward, we are more vested in the vehicle which helps drive execution/results.”

This quote may perhaps reflect why retailers rate in-store events (82% effective) and product samplings/demos much higher than other shopper marketing activities—they have more direct involvement in the planning and more insight into the results. This also underscores the need for shopper marketers to increase collaboration with customers in both their in-store and online program planing and execution processes.

Shoppers make it clear in their survey responses that the more retailer-customized the coupon, offer or in-store merchandising – the more effective. Retailer-customized coupons and offers actually received the strongest influence scores out of all shopper marketing elements, while retailer-specific in-store advertising attains the greatest awareness. They survey also found that customization of digital marketing tactics is not only highly effective – it’s essential. 90% of all retailers rate customized digital marketing as extremely/very important. One retailer included in their survey response, “Effective use of digital requires the right trigger with the consumer to grab their attention and deliver the desired message. This requires an almost instant connection with the customer.” This seems to be the one thing retailers and CPGs can agree on. As consumers become increasingly accustom to personalized digital marketing, a stagnant banner ad or disruptive ad without context no longer suffices – digital marketing needs to be hitting the right person, at the right time, in response to an active need.

Shoppers Uninfluenced By Digital – Despite the Hype

Digital communication is undergoing radical and constant change, and thus spending is spread across many components. Social media has grown to be the largest component of digital spend and is expected to represent $1 of every $4 spent in digital. Digital banners and online coupons are the second largest spend components of digital, together comprising approximately 33% of the digital budget. But while digital spending grows, retailers are indicating low effectiveness, and shoppers rate nearly all forms of digital marketing low in both awareness and influence power. Of 300 shoppers surveyed, only 14% said they were aware of brands’ digital ads, and only 10% said they were influenced by them. Those numbers are well below levels for traditional advertising, price promotion and in-store marketing. In alignment with shopper perceptions, only 60% of the 200+ retailers surveyed said they thought digital advertising works for brands.

While online coupons and brand and retailer websites boast highest levels of shopper awareness and influence, digital overall is disappointingly low in shopper impact. This reality highlights the need for digital to become more objective-driven and measurable. The companies that are seeing success with digital know where the ROIs are.

While investments are still being made in traditional vehicles, like trade and advertising, budget resource is clearly shifting into newer channels, like shopper marketing and digital. Companies cannot jump the boat though and over-invest in digital programs just because their new and different – or what they think they “need” to be doing to stay competitive. The most effective budget allocations are those that properly balance investments in tried and true, traditional marketing vehicles, with investment in newer, untested channels. As you work to build a 2019 budget that puts your assets to optimal use, ask yourself:

What is my marketing ROI by vehicle and how has it changed over the last three years?

Am I spending more for less – or spending less and driving more?

How have my objectives changed and how is my spending addressing these changes?