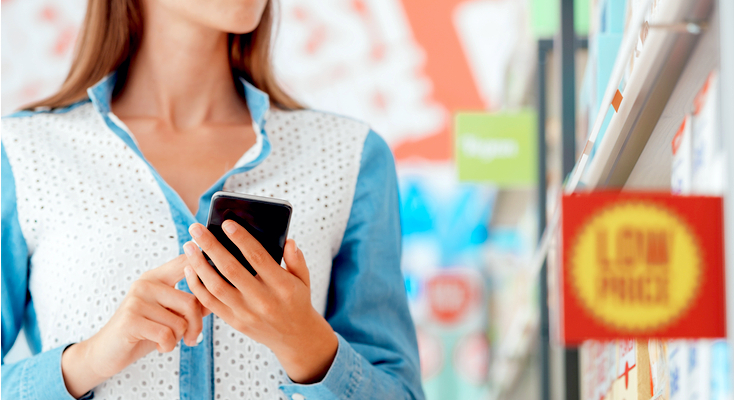 May 12, 2021 Marissa Feigen No comments yet Omnichannel Innovation, Shopper Marketing

Retail media has been a growing force over the past decade. While ad networks initially began as a pure monetization play, over the past few years, retailers have seen the value of working with their CPG partners to create strategic digital media campaigns that deliver value to both sides.

With momentum already building around the practice, the pandemic ignited a massive acceleration of retail media innovation and adoption. Retailers worked quickly to expand their media inventory and build competitive capabilities, while brands rapidly shifted funding and resource into digital tactics. Meeting consumers in the digital world became imperative to survival and retaining relevancy post-pandemic.

Now, as markets begin to stabilize and consumers return to in-store, retail media appears to be here to stay. Goldman Sachs estimates that the size of CPG marketing spend against retail media networks will reach over 20 billion dollars by 2024. Brands, realizing retail media’s ability to unlock unique audiences and influence in-store and online sales, are shifting their spending into this promising new marketing medium. But as retail media grows in importance across CPG organizations, many are beginning to ask the following critical question: Will retail media replace traditional shopper marketing tactics?

At the Retail Media Forum, a first-of-its-kind virtual event hosted by the Path to Purchase Institute, the answer to this question was a resounding “no,” but speakers emphasized that the role of traditional shopper marketing will significantly evolve. Below are three key ways that we can expect traditional tactics to change as retail media claims its rightful place within the omnichannel shopper marketing mix.

According to Reid Greenberg, EVP of Global Digital & E-commerce at Kantar, traditional tactics are never going to go away, but the connectivity between traditional and digital retail media will become more important. As in-store sales increasingly become digitally influenced, in-store tactics have the power to reinforce digital messaging, branding and promotional offers, and to deliver full-funnel, pre- to post-shop engagement. More and more, it will be about creating personalized experiences and one-to-one dialogue across the shopper journey by bridging in-store, on-site and off-site media.

With nearly all speakers at the Retail Media Forum expressing that the biggest opportunity of retail media is its ability to connect digital ad exposure to in-store sales, it’s clear that in-store remains a critical part of the shopper journey and the prime location for executing bottom funnel tactics, from digital signage to point-of-purchase displays. What we can expect to see over the next few years is in-store marketing increasingly being planned, activated and measured in unison with digital retail media.

David Peterson, Vice President of Sales at Roundel Media, explained that it’s all about meeting the customer when and where they are and engaging in an authentic, native way. Omnichannel shoppers now represent the fastest growing and highest value customer segment, with Sam’s Club reporting an 88% year-over-year increase in omnichannel members. Omnichannel shoppers also shop more categories and spend 4x more than someone who only shops in-store and 10x more than someone who only shops online.

As consumers embrace more ways to shop, it’s not about shifting all of your dollars into digital, but adjusting strategies to reach consumers where they are. Peterson explained that Target chose to invest in both digital and in-store, and that it was a great move. They enhanced the digital shopping experience, while at the same time, remodeling their stores and accelerating their same-day fulfillment centers. Success in today’s retail environment means meeting flexible shopping options with equally flexible engagement strategies. With in-store standing as a highly valued channel among omnichannel shoppers, in-store marketing remains critical to creating a frictionless customer experience.

3. Integrated into a Multi-Point, Layered Approach

Retail media isn’t replacing traditional tactics—it’s enriching them to support a full-funnel approach. This sentiment was shared across speakers. While in-store media is often used as a bottom funnel tactic to drive purchase, retail media is increasingly being used as an effective upper funnel tactic that drives brand awareness, product discovery and inspiration. Peterson of Roundel Media explained that when you layer upper, middle and bottom funnel tactics, the results are 30-60% greater in ROAS in comparison to a single-point journey tactic. Retail media is enabling the creation of multi-point, cross-funnel strategies, which is critical given that 89% of sales still happen in-store, and that these sales are increasingly being influenced by digital media.

Digital needs to be a part of the journey, but in a world of growing fulfillment options and “shopping my way,” it’s one interaction point within the larger connected commerce journey. Abishake Subramanian, Senior Director and Head of Advertising & Partnerships for Sam’s Club Media Group, explained that In-Club and Print are two of the main offerings within their retail media portfolio. In-Club comprises digital signage and ads displayed on projectors and TV screens, while Print includes their pickup sampling program, direct mail and Instant Savings Booklets. Not only can we expect to see shopper marketing campaigns include more tactics that address more touch points, but potentially, retail media itself will expand to include physical media.

Delivering on the Promise of True Omnichannel

“We’re finally at a tipping point where it really does all come together. We’ve been talking about omnichannel for so long, but now we’re reaching a true build of it,” said Lisa Matos, Vice President of Sales Capabilities and Commerce at Conagra Brands.

Retail media isn’t replacing traditional shopper tactics, but instead, offering the opportunity to create richer audiences and more tailored content, creative and deals for those audiences—delivered across more touchpoints. With the first-party data offered by retail media, CPG brands can engage targeted audiences on-site, off-site and in-store, and measure the impact of the tactics at a more granular and transparent level than ever before. Welcome to Shopper Marketing 3.0, where success depends on full-funnel engagement and closed-loop attribution, and where marketing and merchandising merge into unified commercial plans.