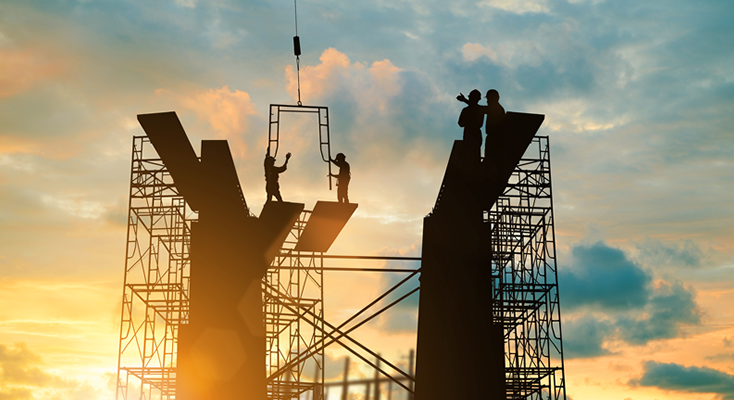 Building the Agency Model of the Future

Media agencies are being forced to restructure their operating models as consumer goods companies launch enterprise-wide cost management and zero-based budgeting programs that demand transparency into planning, spending and performance.

In the past, day-to-day agency activity was often veiled from the customer. The customer allotted the agency a certain amount of budget for a certain number of media placements, and expected the agency to fully maximize the allotted budget dollars. Those days are now in the rear view. As CPGs face increased margin pressure and slow growth, they are are aggressively working to optimize accountability and transparency across every business function. Now, they are putting the focus on agencies, demanding visibility into agency media planning and spending processes, as well as return on investment.

The need for agency transformation wasn’t ignited by pure cost-cutting or transparency initiatives alone though. Many consumer goods companies put a lot of trust and investment into programmatic advertising, where algorithms dictate what digital ads appear where, when, and to who. A  series of investigations conducted by the Association of National Advertising, as well as self-conducted probes by companies like P&G, found that brand messages were turning up alongside inappropriate content in serious offense with core brand values, such as YouTube videos promoting violence. The automated ad process was found to be error-laden and need of human monitoring. These findings were coupled by discoveries that the media supply chain was more complex than imagined. Investigations found layers of intermediaries taking a cut and other hidden rebates interwoven into the buying process. In fact, in a January 2017 speech, P&G’s Chief Brand Officer, Marc Pritchard, said he had discovered that one of its media agencies was buying digital media with P&G money in a deal that saw the agency receive extra advertising inventory that could then be sold to other clients at a profit.  These events prompted a lack of trust in agency practices, with many feeling that the agency no longer had the clients’ best interest at heart.

In early 2017, P&G, the world’s biggest advertiser, announced they were taking strategic steps to reinvent the agency relationship. These steps included plans to cut their agency roster by an additional 50% and leverage more in-house media services. This announcement was made after P&G had already reduced the number of agencies they work with by 60% over the past four years, a move it says has saved it $750 million in agency and production costs. It is now targeting another $400 million in savings and pledges to produce fewer campaigns and ads, but of a higher quality and consistency.

While P&G’s news had agencies up in arms, few expected the news of several weeks ago. Pritchard announced his master plan to create one dedicated creative agency made up of teams from its different ad holding company partners. To start, P&G’s fabric care business in North America is creating a standalone agency consisting of talent from Publicis, WPP and Omnicom. The employees are expected to work together under the same roof, in dedicated offices in New York and Cincinnati, where P&G is headquartered. The goal? To create one in-house team where collaboration is streamlined, creative consistency maintained, effectiveness easily measured, and decision-making overseen.

These announcements have prompted other CPG and retail giants to follow suit. For example, Unilever is now looking to generate nearly $2.5 billion in cost savings by 2019 from reducing brand and marketing investment overheads. Their CFO Graeme Pitkethly said that better visibility of where money is spent will allow Unilever to reduce the number of its creative agency relationships (3,000) by half, cut the number of ads its creates by 30% and reduce the frequency it shows ads in emergency markets by 10%.

“We found that assets we do show rarely if ever reach the point where they are no longer effective. This will not compromise the impact of our brand communications. Rather, we will show the best and most effective ads for longer and not stop them just to use a shiny new toy,” said Pitkethly.

This seems to signify a wider shift in thinking among brands, where ads are focused around quality instead of quantity and delivering consistent brand messaging no matter the medium.

While some agencies fear that P&G’s creation of a dedicated in-house agency foretells a frightening future where in-house teams are to become the new standard, there are many ways in which agencies can combat these industry movements and evidence their commitment to delivering performance at optimal efficiency. One of the most effective ways we’ve seen agencies reshape their client relations for a sustainable future is by investing in collaboration technology—technology that not only supports real-time planning across global teams, but that makes all budget spending and campaign activity traceable at the customer, channel and brand level.

By permitting brand, category and shopper marketing team leads instant visibility into evolving customer plans and budgets, agencies are able to justify both working and non-working (overhead) dollars and connect it to measurable KPIs. They are able to re-establish trust, forge open lines of communication, and institute digitally-managed cost governance policies that put the brand managers in the driver’s seat. More long-term, they are able to digitally transform their workforce, replacing spreadsheets, conference calls and redundant processes with technology that allows the true talent of their teams and power of their programs to be unleashed.

To learn more about our collaborative shopper marketing program planning and budget management platforms, please email inquiries@cierant.com or call 203-731-3555.  We’ve helped other agencies evolve their workflows to client transparency and cost optimization demands, and we can help you too!